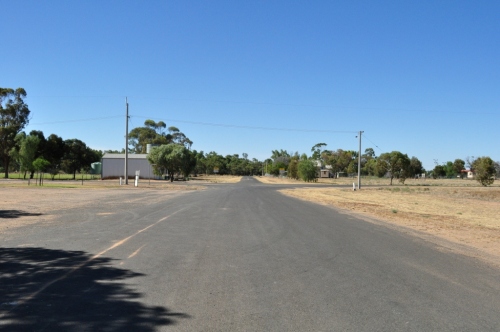 “And people have an awful down
Upon the district and the town-
Which worse than hell itself they call:
In fact, the saying far and wide
Along the Riverina side
Is ‘Hay and Hell and Booligal’.

So goes Banjo Patterson’s poem, so of course we had to go and check it out for ourselves.

But first, we had to drag ourselves away from Menindee. It was a slow start to the day. First as I walked out of the tent there were 3 foxes playing  on the beach not 20metres from me. I know they’re pests, but they are beautiful. 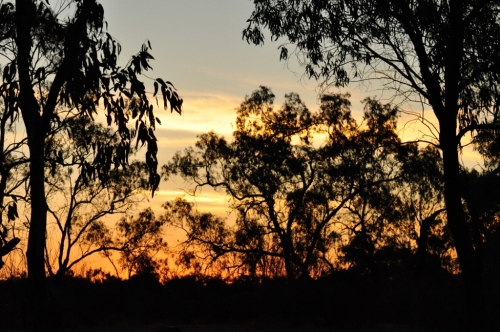 Then the kangaroos and all the birds, followed by the sunrise. How could I pack up while all this was happening. But pack up we did, and off we went.

I did the standard daily check of the car – oil & water ok, nothing loose or looking out of place, tyres ok, petrol – mmm, half a tank, we should make it the 207k to Ivanhoe. That’s another thing to add to the list of what not to do again. As we limped into Ivanhoe after 205 of those 207k on rough dirt and corrugations, I was sweating on the fuel not giving out. Especially when the first, then the second petrol pump was locked up and unattended.

Luckily the café was only unattended for 5 minutes, and she came back to fill up our tank. Unluckily, the EFTpos machine wasn’t working. A quick scramble first to the pub, then the grocers and we got cash to pay for the fuel.

Of course, with the waiting around and going from place to place we had lots of conversations, all along the same lines “Where are you headed?”  “Booligal” “There’s a great pub in Booligal”.

What more recommendation could we possibly want? 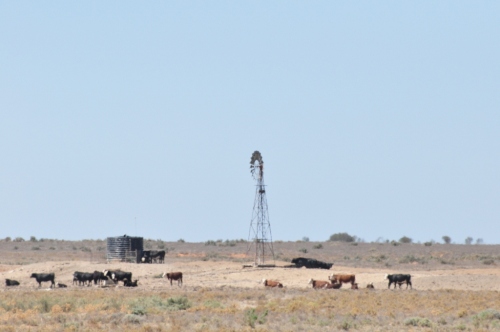 Ivanhoe to Booligal is 133k across the Hay plain. Kilometre after kilometre of …. plain. The occasional tree shimmered tantalizingly through the heat haze in the distance, though never seemed to get any closer.  The “Long Paddock” as they called it was well named. Even the emus had given up.

Finally those trees in the distance became a line of green, and got closer and closer until there we were – on the Lachlan at Booligal.

First stop the pub for a cooling drink and the low down on where to camp. And that was it. Like many travellers before us, we walked into the pub and didn’t walk out again.

The Booligal Pub is rightly famous, and Lisa and Wayne are fabulous hosts. As is Lisa’s daughter Sarah. They used to be customers of the pub themselves before they finally decided they might as well buy it. It’s a lovely pub, with a long verandah out the front and a green oasis of a beer garden and barbecue area out the back. It’s even got hammocks under trees. 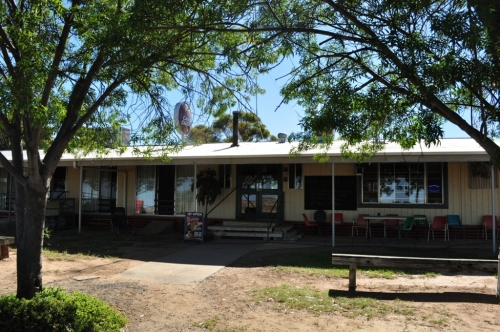 Many stories and a bottle of wine each later, we checked into a room at the pub. That is one of the best parts of travelling after all, getting to meet and talk with lots of people along the way, and hearing all their stories – tall or otherwise.

And the next morning – surprisingly – I woke up feeling refreshed. Must be that good country air. I went for a walk to the river, and around the town – all 2 streets of it. It might be tiny, but it’s a happening place, and one we’ll visit again.

So thanks Lisa, Wayne and Sarah for your fabulous hospitality, and your oasis in the desert of the Long Paddock.

As I wrote on your wall – the Banjo was wrong about Booligal.