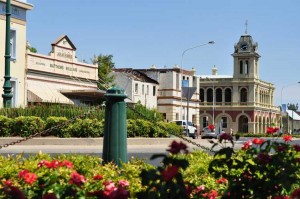 I was reading an article this morning about heritage, and valuing our past, and that’s when it hit me. That’s what I really love about so many of the Australian country towns that I’ve been through.

They seem to have found a way to value and preserve their heritage, and integrate it into their present.

It’s not as if these towns have a lot of money to spend, nor even in all cases that everybody wants the same thing, but somehow they seem to manage. 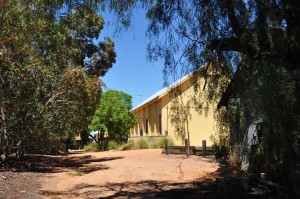 In Gulargambone, for example, the community pulled together to renovate an old theatre and turn it into a cafe, tourist information and local arts & crafts gallery and shop. The result is amazing and has won national tourism awards – and the coffee is very good! When the front section of the pub burnt down the community banded together and built a temporary pub out of timber corrugated iron (the building equivalent of cable ties and fencing wire). That was a few years ago now and it’s still there, and still looking and feeling like a great outback pub. 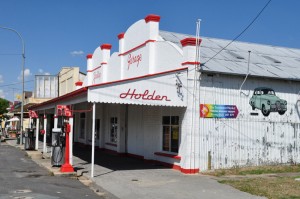 Yass, Gunning and other towns along the Hume Highway seem to have had a resurgence since they’ve been bypassed. As a regular visitor to Yass, I love it. And the cafes in Gunning are fabulous, as is the old mechanics workshop! Cobar, in outback NSW lays claim to the longest pub verandah in Australia, and it’s in constant use, together with the old hotel entranceway and staircase. 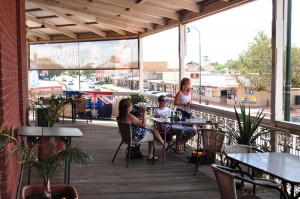 My favourite towns don’t try to be anything they’re not – they work to their strengths and their heritage. Broken Hill doesn’t pretend to be anything other than a mining town. You’re either on the mine looking at the town, or in the town looking at the mine. Despite that – or maybe because of it – it is one of the most creative places I’ve experienced, full of art, theatre, music and creative personalities. Silverton, just outside Broken Hill is where they filmed Mad Max and Priscilla, and now seemingly every building, except the pub, has been turned into an art gallery. In White Cliffs they’ve made an attraction out of everybody living underground. 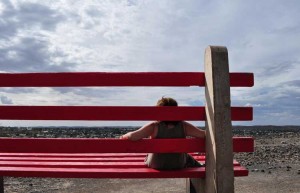 And of course, there’s the architecture and old buildings. Mainly sandstone.

A lot of country towns sprang up because it was a convenient place to stop – either on the way to somewhere else or as a central point for surrounding activity (mining, agriculture, etc). So they built a lot of civic buildings – town halls, court houses, post office, etc. And most of these buildings are still there. Unlike Sydney where everything seems to get pulled down and replaced regularly.

So here’s a selection of photos of some of my favourite country towns. As you might see, I particularly like old court houses, they usually have some fabulous stories to tell.

So what are your favourite country towns that you’ve visited – in Australia or elsewhere, and why?