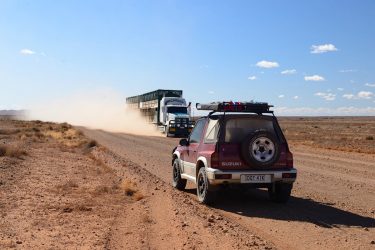 Driving from Coober Pedy to Arkaringa and the Painted Desert, one of the clips holding my back window in place broke. Of course it was the strongest one, the one that holds it all in place. Without that, the clip that holds down the other corner just pops out. So I drove through the dust with my back window flapping in the breeze. Letting in the dust that the car was kicking up behind.

I tried putting the front windows down to get an airflow through the car and push the dust out the back. It didn’t work. All I got was a dust storm swirling in front of my eyes. It was a bit cool anyway, so I was happy to put the windows back up and deal with it when I got to my next stop – 45k down the dirt road. 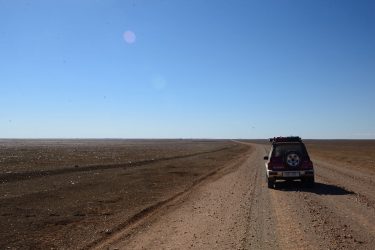 My window wouldn’t go up. I pulled up the button and nothing happened. Zip, nothing, nada. The window stayed where it was, hidden in my door so I couldn’t even physically pull it up.

And I still had around 40k to go to the next stop, and possible assistance. Driving through a dust storm in the car all the way.

I arrived, full of dust. Seriously full of dust. My car is not particularly dust proof anyway, but this was thick, all over everything. There was so much dust I had to sweep it out and wipe things down just so I could see the gauges on the dash. 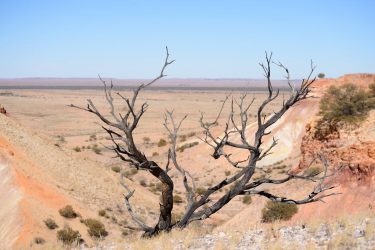 But my luck was in. There was a group of people already set up, five blokes and three women. One of them must know something about cars. They were very nice, and helped where they could, but really didn’t know anything about it.

Then another couple came in. Another blank. They had no idea either.

There was nothing for it but to pull it apart myself and see if I could work out what to do. So I did. I pulled the bit with the window and locking buttons off the door and checked all the wires. I even worked out which ones were for my window. I pulled the fuses apart and cleaned them and put them back together. Still nothing.

I tried pulling the box apart, but it didn’t come easily and I didn’t want to force it in case I broke it completely. 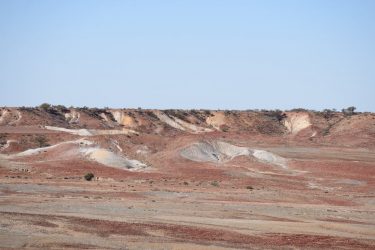 Next step, pull the trim off the door and see if I could force the window up. I unscrewed the door handle and useless little pocket thing that just seems to be there to collect dust, and unclipped around the trim. Gently I lifted it up, and it wouldn’t move. It was still connected at the door handle somehow.

Do you think I could work out how to get that undone? You guessed it.

I stood looking at it for a while, and even shone the torch up from underneath to see if I could see what to do. I tried lifting the handle out of the trim, but it didn’t come out easily and, again, I didn’t want to force it and break it completely. So I did the only thing possible – I stood there and looked at it. As if staring at it long enough would somehow change something. It didn’t. 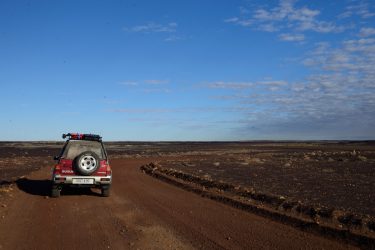 So I did the only other thing left to me. I poured a glass of wine, and decided that perhaps leaving it overnight would change something and it would work in the morning.

You have to be lucky.

Later that evening another group came in. Four adults and two kids. They set up, then came and joined us at the communal camp fire.

“One of you isn’t an auto-electrician by any chance?” I asked 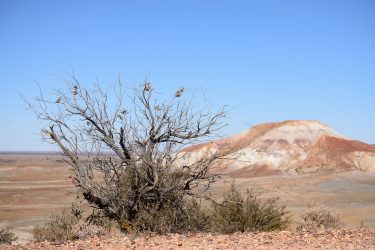 “I know a bit about cars.” replied one bloke, “what’s wrong.”

“My window is stuck open. I can’t get anything from the switch at all. It won’t move.”

“Sounds like what happened to my mate’s car. Yeah, I can fix that.” he said “I’ll have a look in the morning.

And he did. And he fixed it. And now my window opens and closes again. Though I think I might just keep it closed, just in case. Though now at least I know how to get the box open and fix it if it happens again.