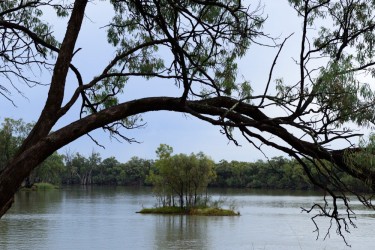 There were a few things about the Murray River that I wasn’t expecting. And some that I should have.

And some that were everything I could have wanted. 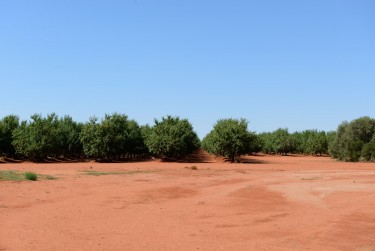 I know Australia is famous for its outback red dirt, but even the most generous map of outback Australia doesn’t include anywhere in Victoria so the red dirt did come as a bit of a surprise. A very pleasant one, but a surprise nonetheless. Especially when we were driving towards Boundary Bend and there was red dirt on the right hand side of the road, and black dirt of the type that turns into thick, black, sticky, clay when it gets wet, on the left (the river) side. Literally (and I mean that literally). There was no blending of the two, the road was the demarcation line. 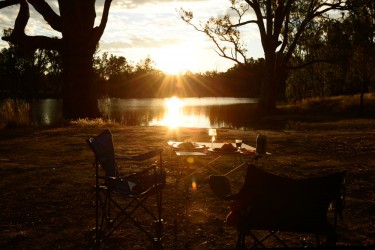 Even though it was summer, and school holidays, and every caravan park was full, and there were boats and jetskis everywhere, we still found some beautiful, quiet spots to sit and/or camp by the river. These were away from towns, on back roads, and they were magic. They were exactly the places I hoped to find along the river, and I wasn’t disappointed. Major Mitchell Lagoon where I thought I came across my holy grail  – a koala – only to discover when I pointed the zoom lens at it that it was just a stubby knot high up in the tree. Thegoa Lagoon, just outside Wentworth but so far removed that it was like another place completely. And our camping spot on our last night, which was so perfect I think I’ll keep its location a secret. We arrived late afternoon to the sound of cockatoos, kookaburras and cicadas. Set up our swag so we could lie in bed and look at the stars, had a swim off our own private beach and settled down to dinner with a view of the sunset. Does it get any better than that?

Soaring cliffs on one side of the river, and ‘standard’ river bank on the other. The flood plains and lagoons opposite the cliffs are huge, as it’s the only way water can go in flood times. The river started life as an inland sea many, many, millions of years ago, and the cliffs were islands in the sea. Here’s an interesting, easy to understand explanation of how the Murray formed.Also click on the link 60 millions years to today for a timeline

Yes, I learned way back in primary school about the riverlands of the Murray-Darling basin, and the crops along the river, particularly oranges and rice. Doc and I usually travel further outback where there are vast open spaces. Mostly we see cattle and sheep, but where crops are grown they might be in huge paddocks, but they don’t stretch for paddock after paddock after paddock like they do along the Murray. We would drive for hours, past vineyards, orange orchards, vineyards, almond orchards, vineyards, olives, vineyards. Do people really eat that many grapes?

This follows on directly from the point above. All those crops need water, and that water comes from the Murray River. I’m not going to comment on who should be able to take water from the Murray, for what, or how much, but looking at all the pumping stations along the river I was surprised there was any water left to take. It’s an ongoing battle between irrigators who need the water for crops, environmentalists who want to protect the river and its ecosystems, the people of Adelaide who want water to drink, and the traditional owners who have looked after the river for tens of thousands of years. 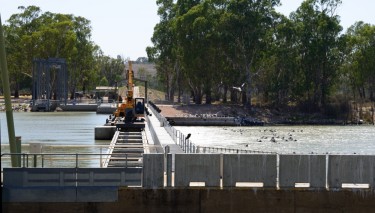 To try to control the flow of water along the Murray a system of locks was put in place along the length of the river. The first one, in Blanchetown South Australia, was finished in 1922, and they continue all the way upstream. It’s really strange to see the water at one level upstream of the weir, and a much lower level on the downstream side. Sadly, because of the set up, you can’t get close enough to get a really good photo of it. Downstream of the weir the waterbirds surf the current as they wait for fish.

So would I do the trip again? Maybe not as a whole, but there are places I’d like to see more of. Wentworth at the Junction of the Murray and Darling rivers; Echuca which we drove straight through but looked very interesting; the junction with the Murrumbidgee which we missed because we were in Victoria at the time and it’s not accessible by road there; many of the small places along the way.

Next time though I’d like do it by houseboat where we can really discover those secret places along the river. Has anybody got a private houseboat for lease? 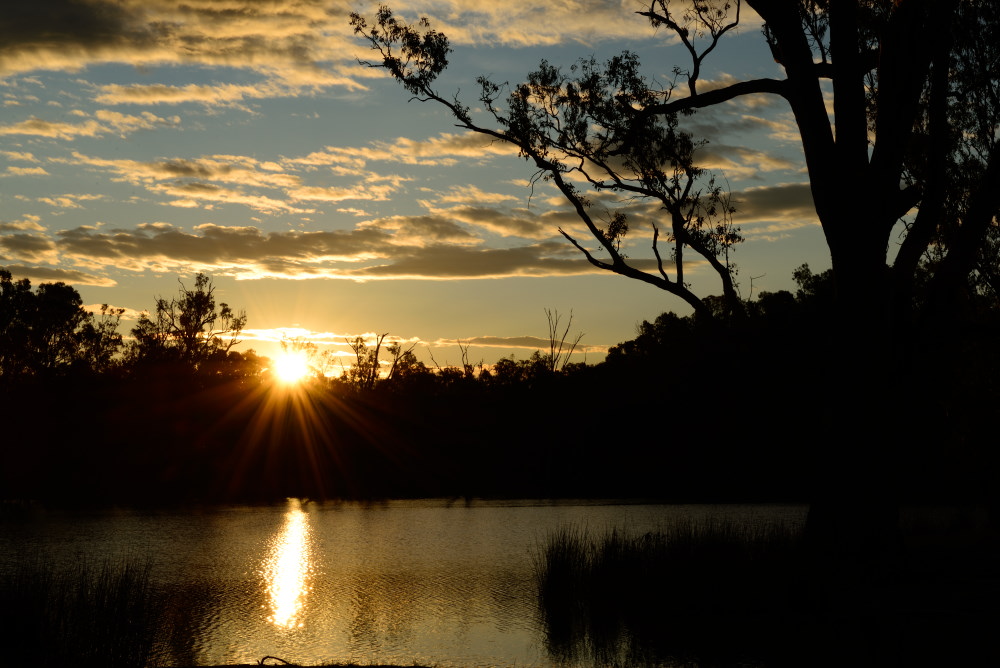