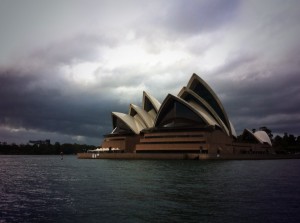 Once again I find myself on the wrong side of the Bridge.

The lovely Jean-Claude has been inviting me to come and stay at Cremorne Point Manor, so finally we decided on a day. The day before we were going it was gorgeous weather, and I was getting excited about my trip on the Harbour. But as has been the norm in Sydney lately, that was followed by a shitty, overcast and very, very windy day. It was so bad I kept one eye on the Sydney Ferries website all day to check if they were still running. The Outdoorsy One called me a couple of times “Are we really going to catch a ferry in this weather?” she asked.

The ferries kept running, so we decided it was only polite to catch one. And, after all, it was only an 8 minute trip, what can go wrong in 8 minutes?

I met the Outdoorsy One at the Quay for a drink after work (not at one of Eddie Obeid’s places), and while having a leisurely glass of wine we watched the ferries bouncing up and down on the choppy water.  Then it started to rain. Oh well, the ferries do have an indoor area. 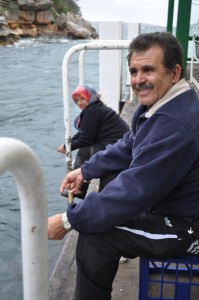 Fortunately nothing did go wrong on the trip over, until we got off at Cremorne Point Wharf where the Outdoorsy One stumbled. “Woo.” she said “the wharf is moving up and down”. They do that, floating wharves. But even that doesn’t stop determined people from catching their dinner! Seeing people out fishing made me feel like a bit of a wuss for even contemplating not catching a ferry!

It was only a short walk up the hill from the wharf to the Manor and there was a fabulous view to admire along the way, as well as a wonderful welcome from Carol when we got there.

Jean-Claude had shown me some of his rooms before and I loved the way they were decorated with black and red patterns styled throughout the furnishings. So when we were shown to our room and it was in brown tones I was a little disappointed. But that really was a bit churlish because it was lovely. Even the artworks were far different from what you’d normally find at a hotel, and matched the style of the room. Jean-Claude said he personally chose all the decorations and did the styling, and it looks amazing without being too “professional” and impersonal. Sort of like a very stylish country manor.

The bottle of champagne in the fridge helped enormously. 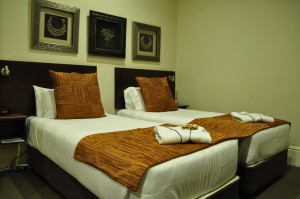 By the time we finished our drink at the Quay and got to the Manor it was after 7pm and we were starving. Carol recommended an African restaurant in the main shopping centre for dinner, and the thought of cous cous and north African curries immediately made my mouth water. “It’s only about a half hour walk” said Carol. The problem was it was all uphill, so we decided to catch a bus instead.

In an unusual occurrence for Sydney transport the buses run in conjunction with the ferries, so we could work out when the bus would be there from the ferry timetable provided in the room. We walked the one minute from the Manor to the bus stop and straight onto a bus. We got off again 5 minutes later and walked straight across the road to the restaurant. Much better than walking all the way, especially in heels!

It was a fabulous choice. We sat on high stools at a communal table and shared delicious vegetarian entrees, followed by 2 vegetarian curries with cous cous. Even the house sauvignon blanc was good. While any restaurant that has a choice when it comes to vegetarian meals gets my thumbs up, this was so good we ate far too much so decided to walk back to the Manor. It probably would have taken us about 20 minutes, except we got lost. But that’s ok, I like getting lost, you see the best things that way, and Cremorne Point is a beautiful place. But as it was dark and threatening rain, all I could say was thank god for smart phones and google maps!!!

Once back in the room we decided to open the champagne and settle down to watch some TV, except the TV didn’t work. No problem, Carol was only too happy (or so she said, with a smile on her face) to come out after hours and check it for us. She was still smiling when we discovered that the problem was that it wasn’t plugged in properly. Now that’s what I call good service!!

After much mother/daughter giggling over a bottle of champagne, we finally settled down to a good night’s sleep in a comfortable bed.  When we woke up again the sun was shining and it was a beautiful day. Perfect to catch a ferry back into the city for the Outdoorsy One to go to work and me to go home – and because Cremorne is only 8 minutes from Circular Quay we had time for a leisurely breakfast in the courtyard first. Is there a better way to start the day than a ferry ride on Sydney Harbour? And this time we sat outside. 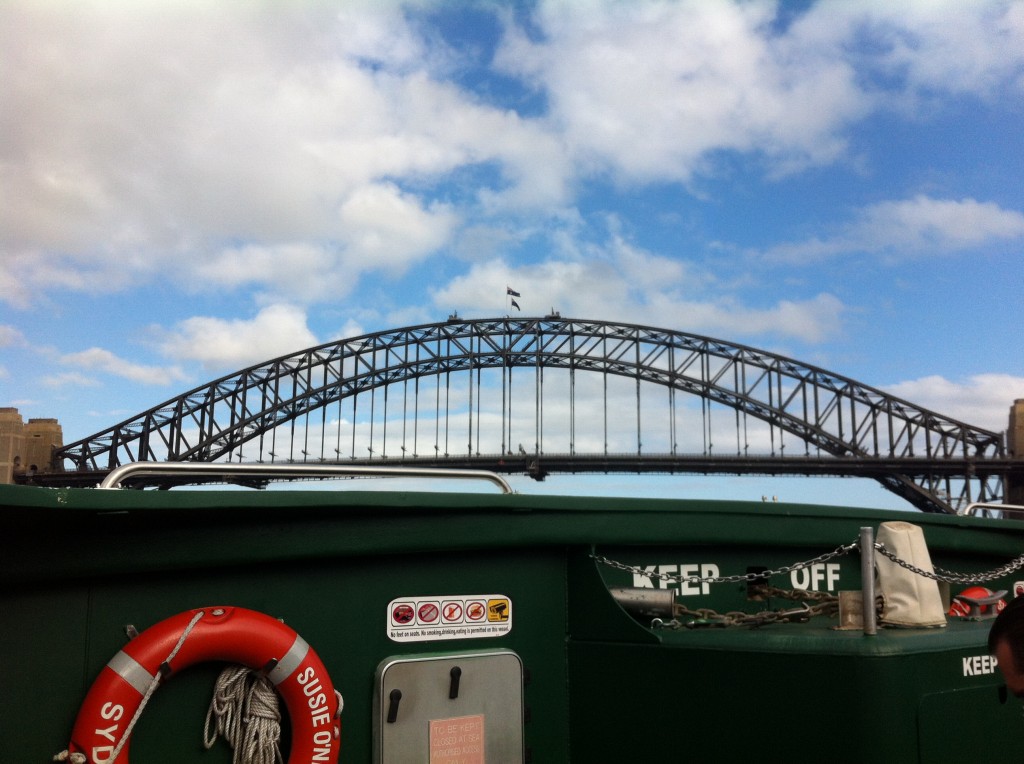 Disclaimer: Our accommodation at Cremorne Point Manor was provided free of charge