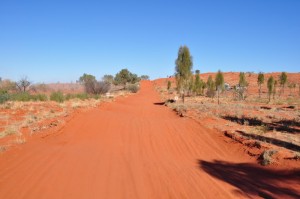 Next year is the 40th anniversary of the Finke Desert Race.

As road trips go, this one is pretty spectacular. Almost in the dead centre of Australia, where the dust is the reddest I’ve seen it, the spaces are very wide and very open, the sunrises and sunsets are among the best you’ll see anywhere and the nightskies are ablaze with millions of stars. It’s the epitome of what you imagine when you think “Australian outback”.

And then there’s one of the world’s toughest endurance races for entertainment while you’re camped. And it is entertaining. 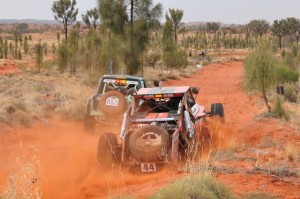 I was there last year on my big trip through outback Queensland and out to Uluru. We stayed with friends in Alice Springs and then drove halfway down the track and camped in the red dust.

Even though we were only halfway down the track (around 112k out of Alice Springs), so many of the racers were buggered by the time they got to us. Bike riders were so tired they couldn’t even keep their heads straight.  After fighting for so long to keep their bikes straight (and upright) over the soft sand and ‘whoops’, their heads were nodding like the dogs on the backshelf of your grandad’s old holden. They still had another 100ks to go before they got to Finke and then they had to turn around and do it all again the next day!

As somebody who’s not a rev-head I wasn’t sure that I’d enjoy it, but I had a fabulous time, even if I did get bogged in the sand on the track. Twice! 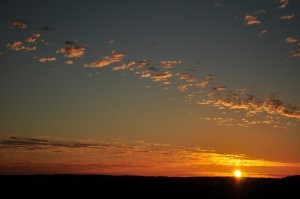 The second time I took a wrong turn off the road and onto the race track while doing 70ks at dusk. An easy error to make (well, that’s my defence and I’m sticking to it). But I’m quick, I immediately knew I’d gone the wrong way, possibly because we were bouncing high over the whoops, then hitting the ground hard on the other side, only to bounce straight back over the next one. Finally we came to a stop in the sand, still on the track so I thought I’d done rather well! Though as my travelling companion tells it, she “thought we were going to die!!” The smell of gas escaping from the gas bottle in the back of the ute when we stopped didn’t help her feel reassured.

Somehow, I have no idea how, there was no damage to the car, though the empty wine bottles in our rubbish bag in the back all smashed and required a bit of careful cleaning up. We had been camping for 3 days!

So now I’m planning for next year. The 40th anniversary will be a big one, and not to be missed.

Here’s a taste of the action.