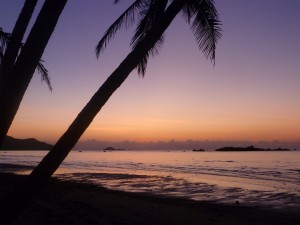 When we were on the Cape back in 2011, we went out to Chilli Beach. We nearly didn’t.

People we met told us it wasn’t worth going to – too many tourists, too dirty, too windy. But then Scotty from the quarantine station convinced us. He told us the wind would die down for a few days at least, and all of the Cape was beautiful. He was right, it was still, and very beautiful. But the people who told us not to go were also right.

So were other beaches on the eastern side of the Cape. Beaches that were seldom visited, where very few people had ever set foot. They were covered in rubbish. 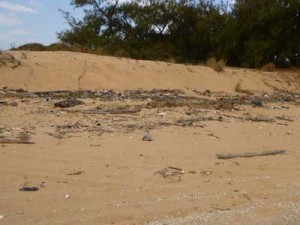 The world’s rubbish washes up on Cape York.

Yachties have always known about the whirlpool of rubbish in the middle of the Pacific Ocean. Even when I was sailing the world back in the 1980s we heard stories about it, though my sailing was restricted to south-east Asia so I never saw it. But it was legend.

Now it seems it’s getting worse.

IT was the silence that made this voyage different from all of those before it.

Not the absence of sound, exactly.

The wind still whipped the sails and whistled in the rigging. The waves still sloshed against the fibreglass hull.

And there were plenty of other noises: muffled thuds and bumps and scrapes as the boat knocked against pieces of debris. 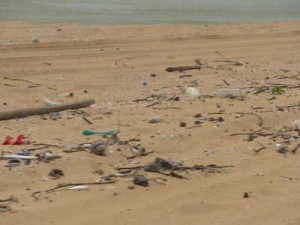 What was missing was the cries of the seabirds which, on all previous similar voyages, had surrounded the boat.

That’s from an article Greg Ray wrote in the Newcastle Herald (and other papers I think) on the weekend, about a voyage by Newcastle yachtie Ivan Macfadyen. It makes very interesting, and very sad reading. You should read it, everybody should read it.

Make it go viral, then maybe somebody will think of something to do about the Great Pacific Garbage Patch – huge pile of rubbish that’s taking up so much of the Pacific Ocean, and growing all the time.

Is this another job for Ian Kiernan?