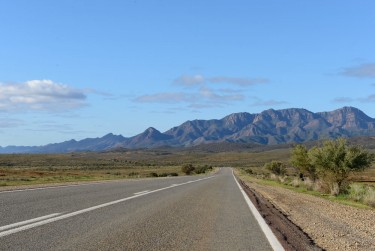 My car is fixed and I’m back in the Flinders. Well, the car’s not really fixed. The fan belt is still slipping, and the engine’s still missing. But I’ve worked out how to minimise the missing thing, and I can tighten the fan belt every day, so I’m going to live with it.

Don’t anybody tell Doc or he’ll start to worry that I’ll get stuck somewhere and he might have to come out and rescue me.

The original plan was to drive through the Flinders Ranges National Park to Blinman, camping somewhere along the way, then take the dirt out to Arkaroola. But when I stopped for fuel in Hawker I found out the roads from Blinman to Arkaroola were closed, so I changed my plans and drove up towards Leigh Creek. 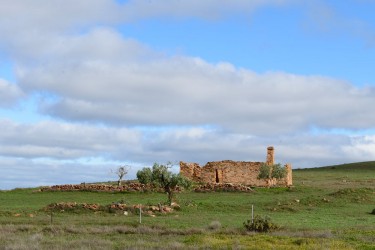 Wasn’t that a good decision!

The drive from Hawker to Parachilna (I didn’t make it as far as Leigh Creek) takes you along the western side of the ranges. On your right as you drive north are the ruggedly beautiful ranges, and on the left is flat open countryside. And ruins. Lots of ruins.

South Australians were obviously an optimistic bunch. Optimistic and a bit stupid. The country was never, ever, going to do what they wanted it to. But so sure of themselves were they, their buildings were made to last. And they would have, if they hadn’t been abandoned. 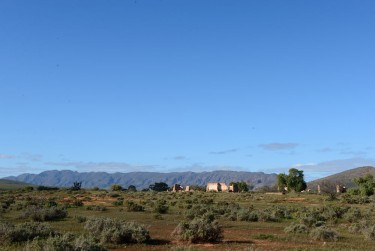 Old stone farmhouses, stations from the Old Ghan railway track (even that had to get moved), pubs, barns, whole towns even. Sitting in the middle of the wilderness. Testament to hope and broken dreams.

All now in ruins. And graffitied. Seriously, why do some people feel the need to carve their names into everything?

I wasn’t going to stop and look at them. But then I thought “Why not? I’m not in a hurry to get anywhere.” So I did. Not all, but a few.

And I only made it as far as Parachilna where I’ve set up camp and plan to spend another couple of days looking at sunsets from the pub. 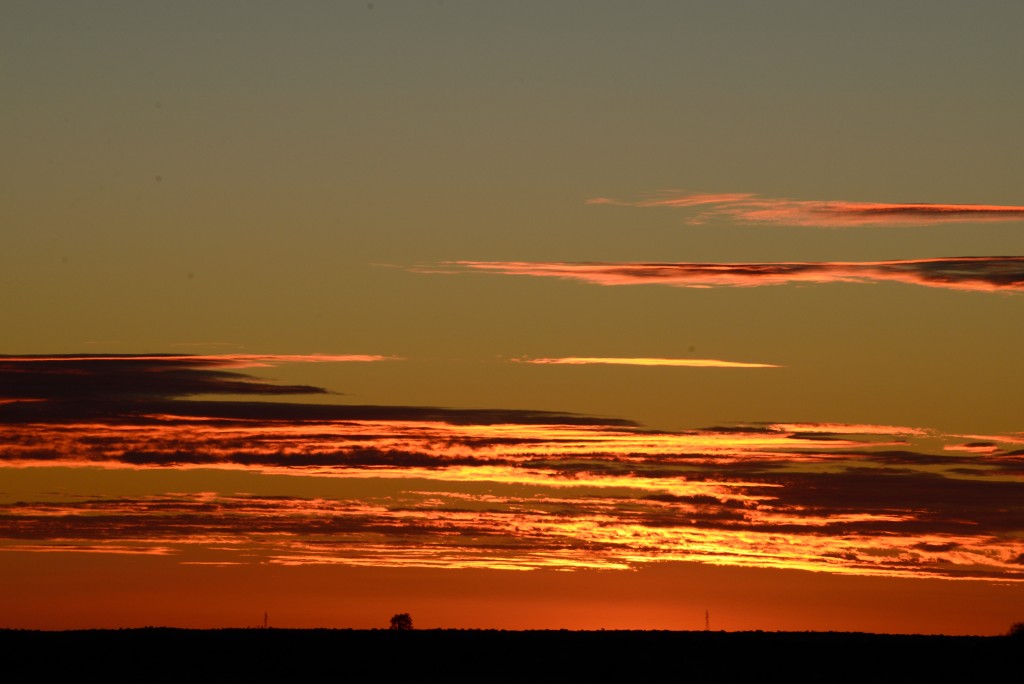