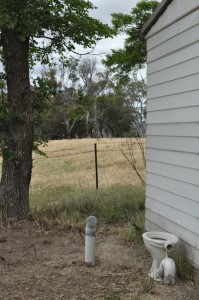 We’re back on the farm. It’s only been 2 weeks since we were here last, but Doc wants do more work on our country dunny.

And in the spirit of our gendered division of labour – while he’s been digging, levelling and concreting, I’ve been out taking photos.

I actually started taking photos before we left home last night. My cactus with the flowers that only come out for one night has had 5 buds on it which I’ve been watching. So when 3 of the flowers bloomed last night I wasn’t going to miss it completely. I stood in the rain, with beetles buzzing my head, to get some photos. No, I don’t know why the beetles were there either, perhaps they were attracted to the flower. It is magnificent, and it seems like a waste for it to bloom for only 1 night, especially a cold, wet and windy one. But who am I to quibble with nature, and the lightning in the background did give it that extra bit of drama. 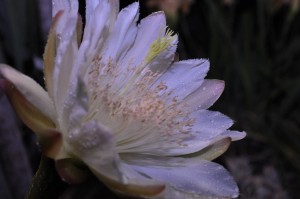 After all that it was 1am by the time we arrived. Then we had to unpack and make up the bed, so by the time we fell into it we were both exhausted. I was in a deep sleep when Doc’s phone rang at 9am! I guess I missed the sunrise.

As I’m suffering from a bit of a cold (sore throat, headache and chest that feels like a 140k security guard is sitting on it) I decided to take it easy. I put a mattress out in the sun so I could lay there and read.  And fall asleep again, at least until the black clouds and rain forced me back inside and to my gendered labour requirements of getting lunch. 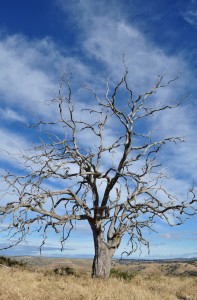 Once lunch was eaten and the dishes had been done (yes, also my job) the sun came out again, and I decided to take the quad bike for a ride. I haven’t ridden it before so the first trip was a tentative one. It’s a beast – heavy and unwieldy, and I kept thinking I was going to tip over. I’ve read all the stories about people dying in quad bike accidents!! I think my unease showed a bit as the bike lurched forward and stopped, then lurched forward again with my erratic throttle work.

Gallantly, Doc didn’t comment. He just did the bloke thing and gave me a proper lesson. Armed with my new-found knowledge I decided to explore further afield, and went out to the tortoise dam. Not too far away, but enough so that I felt like I was going on an adventure. 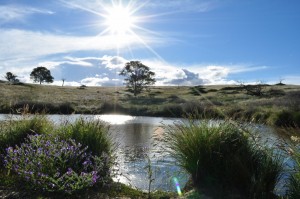 The tortoise dam is down the back of the paddock next to the house. It’s called the tortoise dam because it’s full of tortoises that pop their heads up for a breath of air, then disappear under the water again. Though sometimes it’s also called the fox dam, for different reasons. 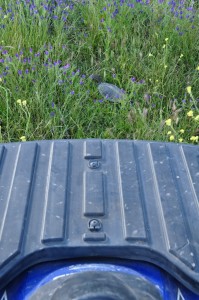 There were no foxes in sight as I roared (or chugged) through the paddock to the dam. One thing to remember about tortoises is that they aren’t always in the water. I came to a screaming halt just short of the dam as I found my approach blocked by one lying in the middle of the path, hiding amongst the Patterson’s Curse. I stopped the bike and snuck up on it like I was on safari. Lucky they don’t move very fast so I managed to get lots of photos! After an initial disappearance into its shell as I moved the grass away to get a better look, it poked its head out again and stared at me. It was a magic moment, and it seemed to be as curious as I was, just without a camera or access to twitter to upload photos.

So now I’m sitting inside by the fire (I don’t know why it’s my job to light that), toasting my toes and enjoying a glass of wine. I guess I’ll have to get dinner soon. Or there’s always baked beans! 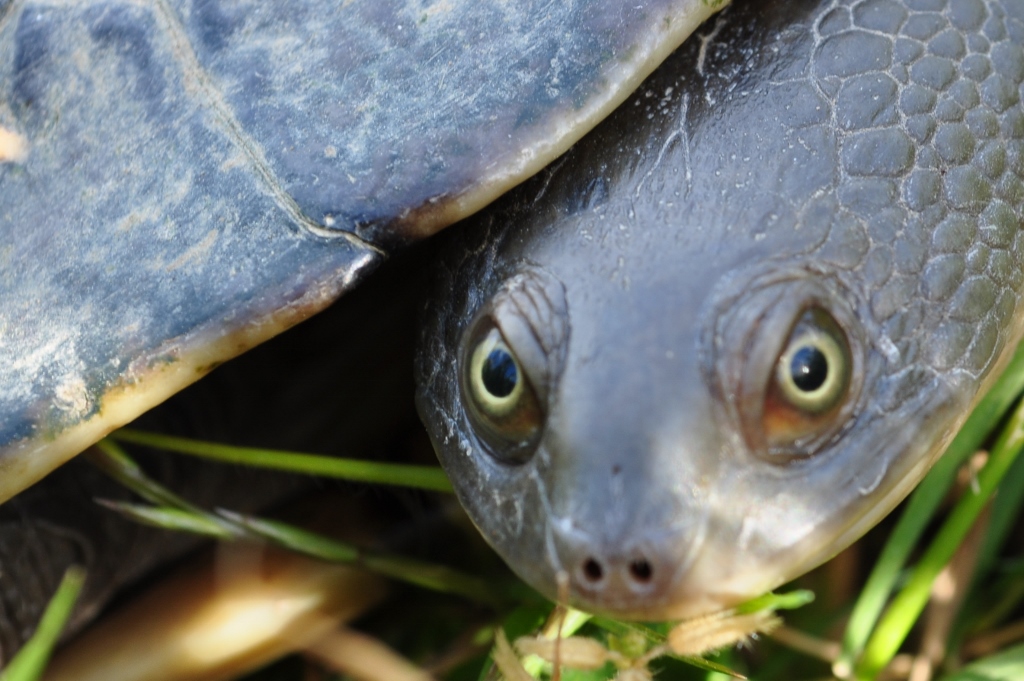