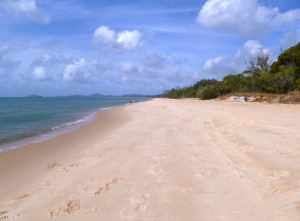 Doc and I are heading up to Cape York.

This is where it all started for me. 8 years ago we went on our first big 4WD/camping travel adventure up to Cape York. To keep in touch with family I started this blog, and now here I am. Many adventures later, including two solo trips across the Simpson Desert, we’re back where we started.

This time we’re doing more tracks – the Creb, Frenchman’s, and the Old Tele Track. Last time we travelled with friends who weren’t very confident 4WDers, so we missed the first two tracks, but did the third. This time it’s just us, so we get to pick where we go, when, and for how long. 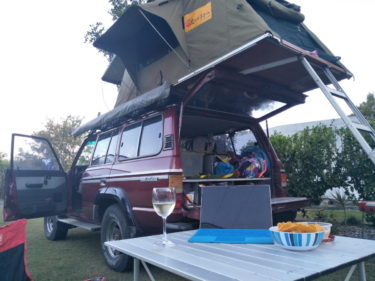 It’s also the first time since our last trip up here that Doc and I have done a big trip together, so I’m not travelling solo this time. Though I guess that depends on your definition of solo, and I’ve heard a few:

Having 2 of us on the trip I’m not in the Suzuki this time. It really is too small for 2 people on a trip like this. Believe me I thought about it, and I was thaaaat close to driving 2 cars. But my practical streak got the better of me and I decided it was a lot of extra money on fuel just so I can drive the Old Tele Track in the Suzuki. And a lot of time in separate cars when we’re on highway rather than slow tracks. 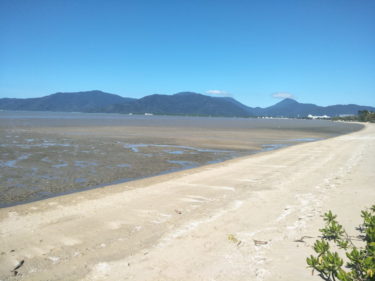 We’re in Cairns right now, which is where the real adventure starts. There are many great reasons to visit Cairns, but the beaches isn’t one of them. At low tide they turn into mudflats and even at high tide you’d have to walk out a loooong way to get water above ankle deep. That’s if you’re brave (or stupid) enough to risk the possibility of crocs. Yes, we’re in croc country up here.

The water parks and cafes along the esplanade are definitely an attraction. Together with the tropical weather of course. Breakfast overlooking the waterfront was stunning! 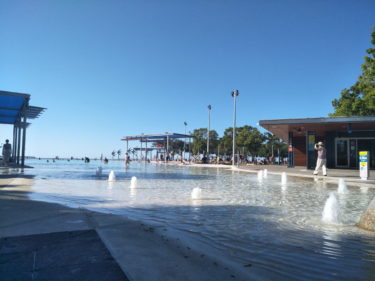 So far it’s been drive, drive, drive, to get here. That’s one of the things about travelling in Australia, particularly doing a road trip, it’s a long way just to get to your starting point. Wollongong to Cairns is over 2,500k. More the way we went because we stopped off a couple of times to see friends.

And we had to go via Cardwell where Doc had the best fish & chips of the trip last time. That’s a big memory to live up to, so it was with trepidation that we stopped at the café by the BP on the highway. He was so nervous about whether or not it would live up to his memory that he even ate the chips first. Finally, he got up the nerve to have a bite of the fish, and …. drumroll please …. it was good! 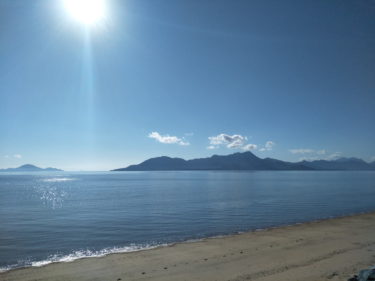 Now to see if the other fish & chip places along the way have improved.

Of course, we will finish the trip with a mud bath in Eulo. After all, our first Cape trip is where we discovered the Eulo mudbaths, the best kept secret in the outback!

So buckle up, it could be an exciting ride. More, and more difficult, 4WD tracks. More camera equipment to record it on. And I’ll be driving the Tele track this time!

Stay tuned. Tomorrow we head up to the Daintree to start the Creb track.

Permanent link to this article: https://kathswinbourne.com.au/cape-york-revisited/