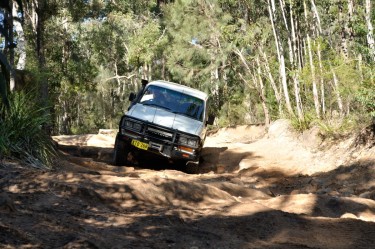 After far too many weeks of working too many hours (with time out for my daughter’s engagement party), I finally had a weekend off and Doc and I made the most of it.

Yes, we went on an adventure.

Are all snakes in Australia deadly?

While I was working one weekend (again), Doc took a friend out to the farm. They went out 4WDing down to the dam, and he was hooked. So much so he went out and bought himself a Ranga. Of course, that meant he had to get some 4WDing experience, so off we all went on the weekend to practice. 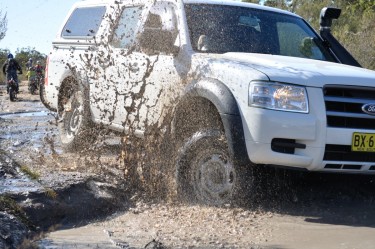 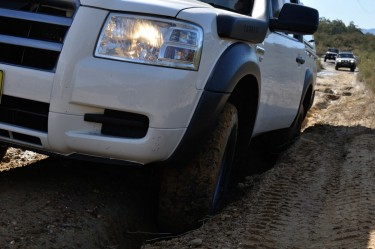 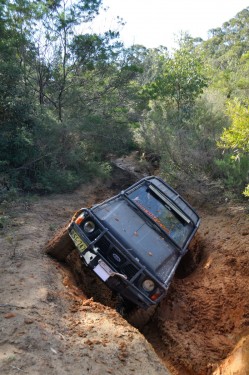 While we were executing the second rescue we were passed by three other vehicles out on an adventure of their own. Including a big black (sort of)ute, with monster truck wheels.

A little further down the track and we came to a fork in the road. Doc looked right “You’d have to be a complete idiot to go that way” he said, so we went left. Through some mud, over a few rocks and around the bend, and we came to …. the big black ute stuck in a big muddy hole.

Yes, with the invincibility of youth he had taken the track on the right.

Well, he was going nowhere fast, and just up ahead was a steep, rocky climb that there was no chance we were going to make it up. The perfect time to pull up, pour a glass of wine and enjoy the show. Even a group bikes pulled up to watch – after their first rider had flipped over trying to get up the rocky bit ahead that is (sorry I missed getting a photo of that).

With all the blokes standing around giving directions, Shannon (the driver of the truck) tried moving his wheels left, then right, then revving some more, then going backwards, then …. all with no luck, so out came the winch. When that looked like he was going to pull the tree down on him rather than pull himself out of the hole, we decided to move on, back to our own adventure. 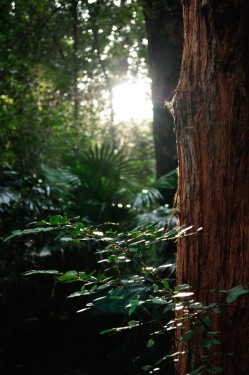 Even on a beautiful Sunday, at a place where people go just to go 4WDing or trail bike riding it was beautiful, and surprisingly peaceful. We found secluded spots for camping and picnics, watched a kangaroo jump across the track, listened to many birds and even saw a snake lying in the sun in the middle of the track.

Eagle-eyed Doc spotted it, and stopped the car so we could all get out and have a look. Very nice of him! Especially as I think the snake was a death adder. I’m happy to be corrected if I’m wrong.

In case you don’t know, Wikipedia has this to say about death adders:

The common death adder, is a species of death adder native to Australia. It is one of the most venomous land snakes in Australia and the world. 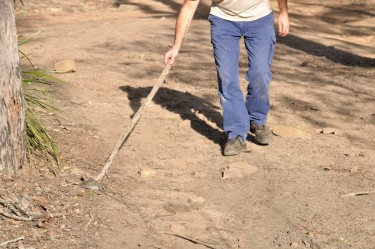 Of course, when you see a highly venomous snake and you don’t want to run over it, the logical thing to do is get a long stick and push it off the track. At least it is if you are Doc! Now, I don’t want to read too much into this, but while I was lying on the ground taking photos it appeared as if Doc was pushing the snake in my direction. I’m sure it was just the perspective. 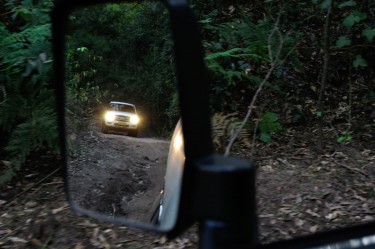 Fortunately the snake was very docile and just moved slowly off the track as Doc (gently) nudged it along.

Sadly by this stage it was getting late, and winter days being what they are (short) time to start heading back towards home. Oh well, I’m sure I’ll get another weekend off soon …

PS: Eventually Shannon did manage to get out, and gave us some lunch time entertainment practicing his rock climbing. 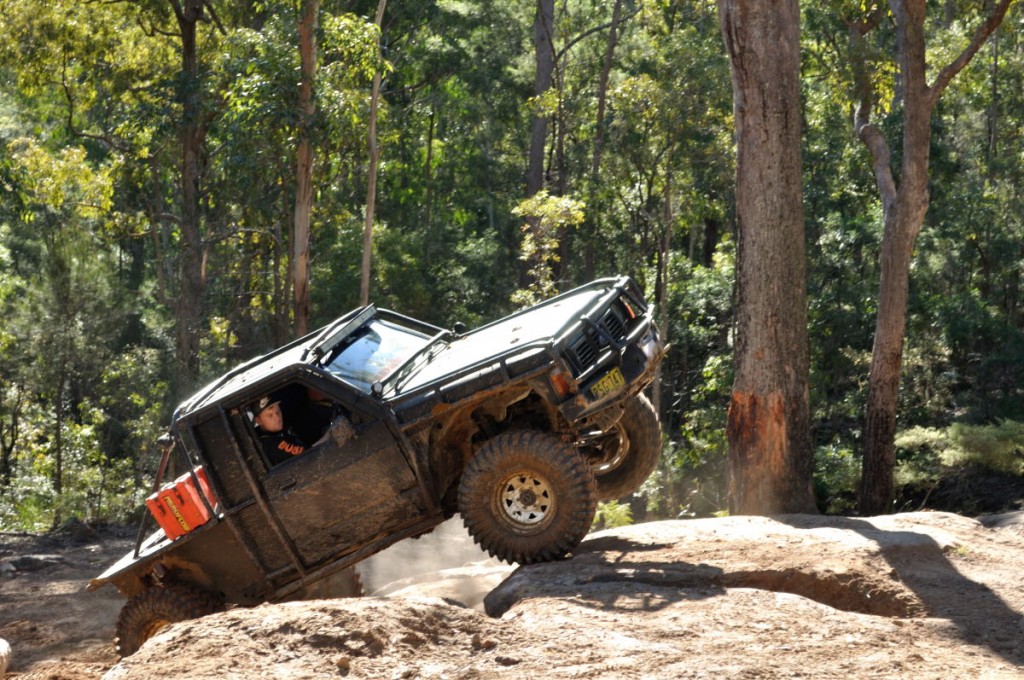