Doc and I were lying in the tent, having our morning coffee on the balcony. The morning bird chorus was phenomenal, and we were just watching the lagoon he’d been catching fish in yesterday.

Suddenly he got very attentive.

“I’m just watching the other bank. The activity on the water has changed.” 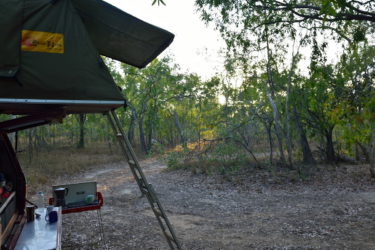 That’s our mantra up here every time something, anything, happens near water. It’s the croc. We have no idea whether there is a croc in the lagoon we’re camping by. The odds are good because there are crocs everywhere up here, but we’ve seen no sign of one. We even went spotlighting last night looking for the telltale red eyes, but no sign.

Still, it pays to be wary.

Maybe it’s me, but I had no idea what he was talking about. I obviously looked confused. 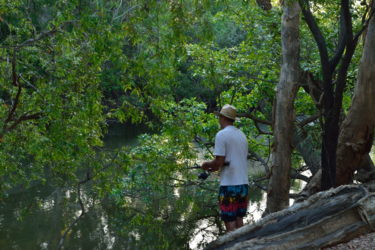 Still I looked confused. “You can repeat it all you like. I still have no idea what you’re talking about.”

“You wrote about it in a blog. Popcorn pandemonium. You never know whether it’s there or not.”

A lightbulb went on.

“You mean Bentham’s panopticon.” I said.

Doc obviously reads my blogs more closely than I thought. I wrote about Bentham’s panopticon back in 2011 when we were in Bathurst Bay on our last trip to the Cape. link 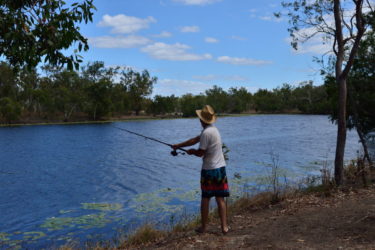 “Actually this is probably more like Schrodinger’s cat.” I said

I started trying to explain Schrodinger’s cat. A difficult ask first thing in the morning, especially when I don’t really know what it’s about myself, and I have no access to google.

It sounded stupid even to me. I tried again. 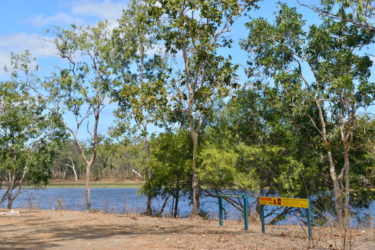 Nope. I was sounding even less coherent. But that’s Schrodinger’s cat for you.