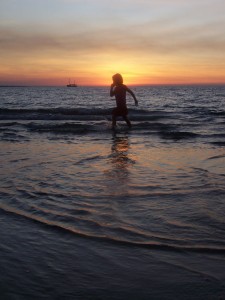 Whether it’s because I’m selfish, anti-social or what, I enjoy doing things on my own. And this includes travel.

When I was in my early 20s I went backpacking around south-east Asia by myself. Being female, young and blonde, of course I got lots of advice:

“Don’t smile at anybody”

“Don’t go off on your own with anybody”

Of course, it might have worked out a lot worse, but it didn’t. 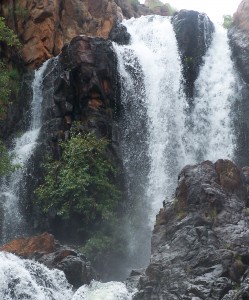 I took a risk and it paid off. I had an experience that I otherwise wouldn’t have had.  And that’s my point. If you want to have great experiences while you travel you do need to take some risks. Maybe not getting into a car with strange men, but some risks.

Even as a female travelling solo.

Perhaps more so as a female travelling solo, because your natural, and understandable,  action is probably to increase your safety and security.

When I’ve been out travelling the outback I meet very few women travelling alone, or even travelling with another female friend. I’ve asked a few people why, and overwhelmingly the response is “safety”. They just don’t feel safe. For the same reason, those few women who do travel alone generally stay at caravan parks rather than camping out in the bush.

Given the divorce rate and that women live longer than men, more and more women are living alone. Unless women are prepared to take more risks they will miss out on great travel and life experiences. And that’s a real shame. 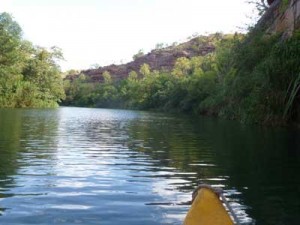 Here are my top tips for women who want to travel alone:

It doesn’t matter where you are going or what you are doing there’s always somebody to tell you the risks and dangers. And usually they are wrong. On the other hand, not everything is completely safe.  Look on local council websites, check out the real crime statistics, and read reliable news reports. Then make your decisions based on the evidence rather than scaremongering.

Know your tools/resources and make sure they work

If you’re driving around the countryside then you need to make sure your car is up to it. Get a full service and ask somebody you trust to give you a basic rundown on the important bits of the engine, what’s most likely to go wrong and what you will need to fix it on the go. And how to change a tyre. The best piece of advice I got from Doc when I went away without him was “check under the bonnet and around the car every day. You might not know what you’re looking at, but you’ll notice when something changes. That’s when you either fix it, or get expert help.” Cable ties fix most things, at least temporarily! And remember – most blokes don’t know how to fix a car either, but they don’t let that stop them. 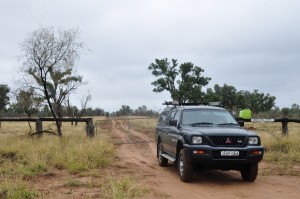 Let somebody know where you’re going

While you might not want to stick to a strict itinerary (I never do), it’s a good idea to keep checking in with somebody during your travels. If you’re going to be out of mobile access for a while, call them before you go and let them know when you might be able to call again. Give them a deadline for when you will check in before they start panicking – and then make sure you meet it yourself. The last thing you need is somebody calling out the emergency services just because you decided you wanted to see another sunset.

While these tips are specifically for those who are driving, they apply just as much regardless of where you’re going or how you’re getting there. They boil down to three simple things:

And remember – things really aren’t as dangerous as people say they are, unless they’re talking about spiders and snakes in Australia, they really are deadly. But they will probably stay well away from you.