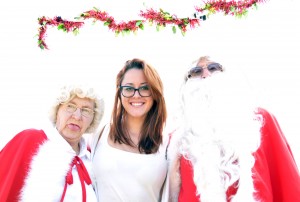 Forgive me readers for I have been slack – or busy depending on whether you want an excuse or a mea culpa.

It has been over a week since my last blog …

It’s not that I haven’t got things to write about, but I have been very busy. Christmas can be like that.

So to make some money I’ve been … working! 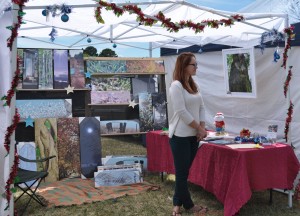 Because I spend so much time alone taking photos or writing, I love getting out and meeting people. It’s one of the great pleasures of being a photographer and travel writer – there are always people keen to talk with you about it.

Sunday morning I was standing in my stall when a woman came up to me. “Are you Kathleen?” she asked. Then “I follow your blog. I love reading it.”

I was thrilled. I don’t have that many followers that I often run into them in the streets.

In a previous life I made a few TV appearances, which meant I was sometimes recognised when I was out, but this was different. And not just because people are less likely to hate me now than previously. 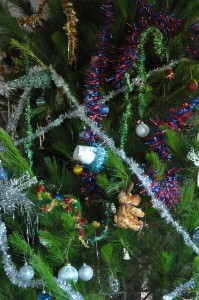 I initially started this blog as a ‘travel blog’ for family to keep up with what we were doing when Doc & I went to the Cape two years ago. Since then it’s grown to the point where I’ve channelled it into a whole career change. Not a very lucrative one yet, but it’s getting there.

So to meet somebody and put a face to one of those statistics I keep on eye on is amazing. It makes it all that much more real.

Thank you Tess, it was a pleasure to meet you too.

The other thing I’ve been busy doing is taking Santa photos.

I can hear the chorus now. “Eeeww. Poor you. All those screaming kids.”

Well, yes, there are lots of kids who are terrified of Santa and scream the place down, and lots of very stressed parents who might be a bit terser than they would be normally, but you know what? I love it. It is far and away better than working in an office all day with miserable people who hate their jobs. Which is what I used to do.

Now, I WORK WITH SANTA!

How many people can say that? And at this time of year, it’s the best place to be. I can make sure I’m on the ‘good’ list so I can get presents!

For all you parents who haven’t had Santa photos taken yet, here are some tips:

And if your local Santa photo people won’t do any of the above for you, come along and see me. I’m at Highlands Marketplace at Mittagong Sunday 15 and Monday 16 December, then again Thursday 19 through till Monday 23 December.