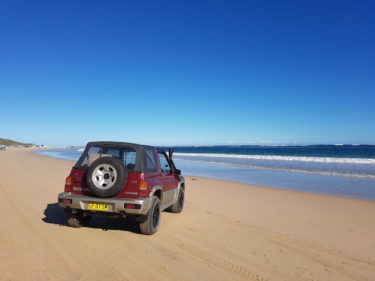 I had my first lesson driving on sand today, so now I’m ready to tackle the Simpson Desert!

The Simpson was my original choice for this year’s trip, but I decided against it because I didn’t feel confident that I had enough experience diving on sand.

But now, after an hour driving around in sand with Doc in the passenger seat telling me what to do, I am fine!

What could possibly go wrong? 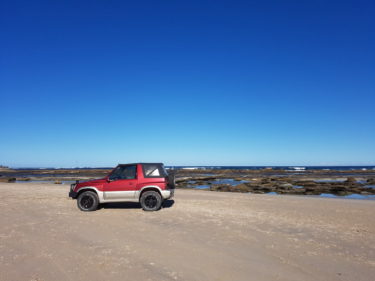 Well, there was that one bit where I tried to climb over a very soft sand hill and got stuck. But I did manage to get out again. Without even tipping the car, even though I had one wheel high in the air!

And the bit where I was in the wrong gear, in the wrong drive. But I won’t do that again, and that was Doc’s fault anyway. He likes to show off how far he can go without putting the car into low range. But I’m not Doc and I don’t have his experience so I got stuck.

At least I’ve now had experience getting myself out of trouble!

I know the photos are on hard sand, but that’s just where I stopped to take some photos. I did drive through lots of soft sand. It was so much fun that Doc had to have a turn as well. 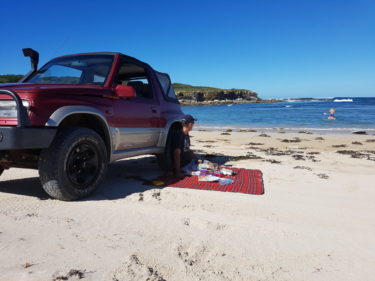 And we did have a very nice picnic on the beach.

I have driven on sand before in the outback. Driving from Cordillo Downs to Innamincka there were a few places I thought might be difficult, but which I breezed through. It wasn’t until I got to Inammincka and heard other people’s stories about getting bogged that I realised just how good my car is on sand. I didn’t even notice any difficulties.

That’s one of the benefits of having a very light car.

But, that doesn’t give me any experience driving on sand dunes, and that’s what I’m going to encounter in the Simpson. Unfortunately, there are very few places where I can practice driving on dunes. Everywhere seems to have closed off their dunes to 4WDs and are revegetating them. Rightly so, but (putting on the whiny voice) “what about meeee?”. Even the places that do on site 4WD lessons & practice only give you theory about driving on sand dunes. 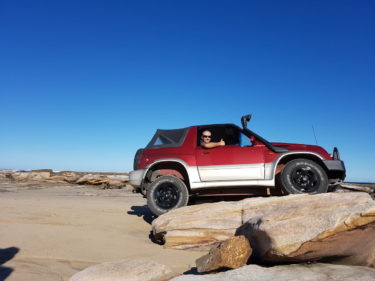 However, As Doc said after our lesson – “there’s a lot of sand dunes between Mount Dare and Big Red. You’ll get used to it”

I’m allowing plenty of time. Five or six days to cross the Simpson, so I should have enough time to get bogged a few times. And get out again of course!

But I’m not quite ready yet. We might to up to Stockton for a weekend for a bit more practice. And Doc is going to build and install a long range fuel tank for me so I don’t run out of fuel.

But you know my biggest fear with driving across the Simpson?

Finding that even out there people are inconsiderate and selfish, and leave their rubbish behind! 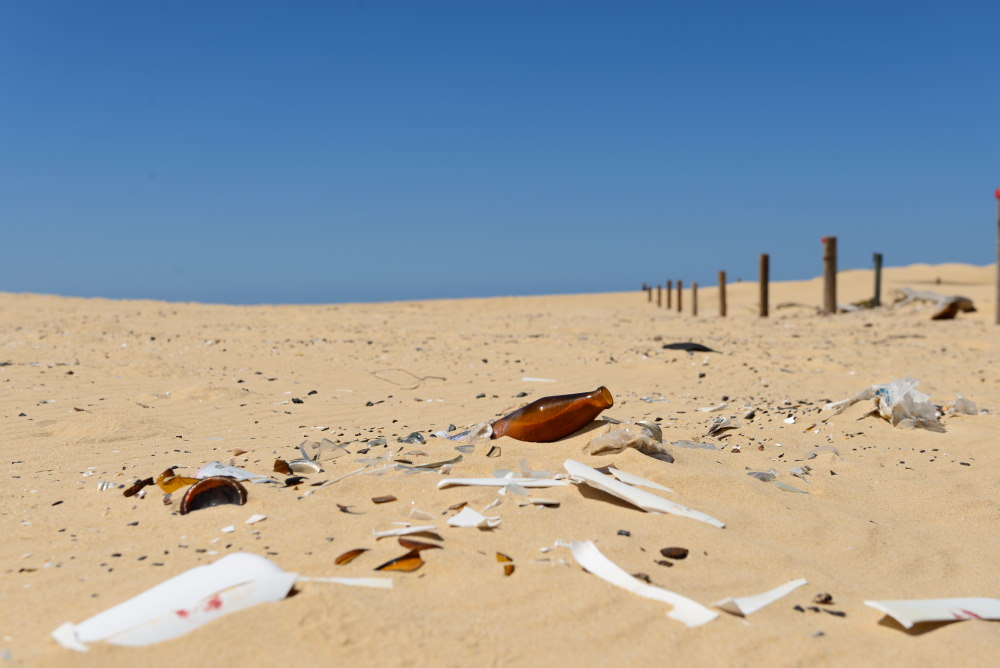